Stuck in an endless cycle of pain, haunted by animatronics of the past, can you break the cycle?

Every play through is unique with randomly generated layouts and randomly placed animatronics! Make the game as easy or hard as you like, with customizable parameters for the random generator.

WARNING: This game contains flashing lights and jump scares. This game may cause issues to people with Photosensitive epilepsy, or similar conditions.

Note: This is a fan game, developed in my spare time. Please support the official Five nights at Freddy's games!

Found a new issue? Post it in the help section of the forums!

I am remaking FNAF:Purgatory 2 again! The remake will (hopefully) have all of these features (and more!):

Follow along with development on the devlog! (Version 0.1.0 of the remake should come out May 2018 or sooner!)

(NOTE: all plans are subject to change without warning! Nothing written here is final)

The game (probably) runs on most hardware, though OpenGL 3.3 support is required. FNAF:Purgatory 2 is developed with Godot 3.0. There might be bugs, issues, hangs, and the game might crash. Please report any issues you find on the forums, thanks! 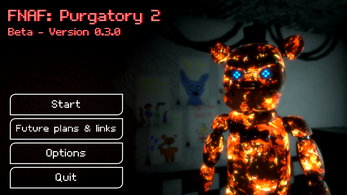 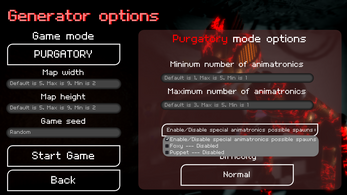 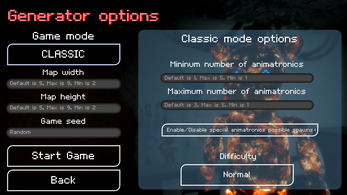 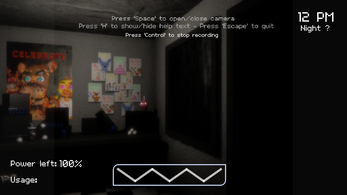 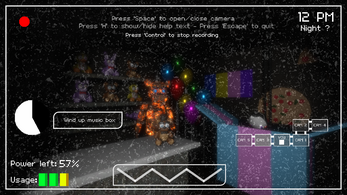 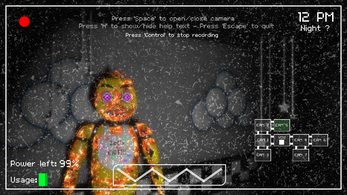 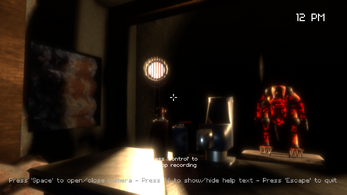