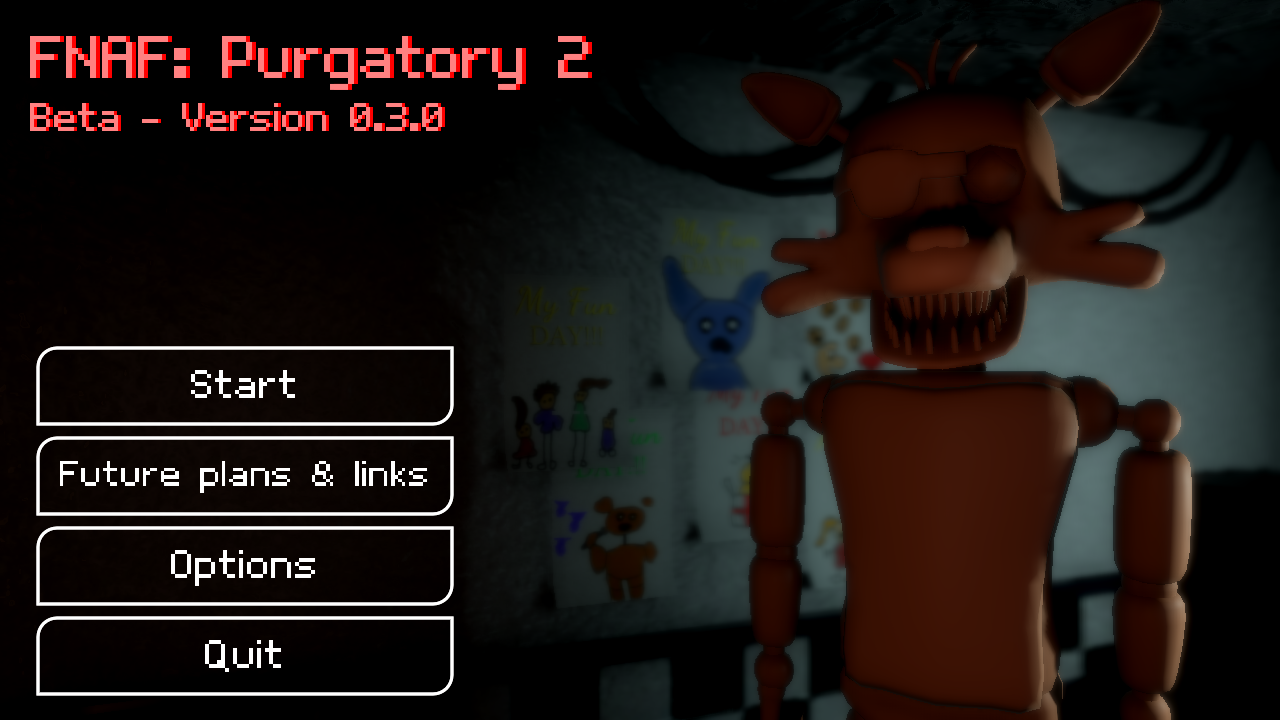 So... It's been around a month since I've last released an update, and you might be wondering when the next update is coming out.

Well, I have good news! I'm still working on the game, and a new update is coming! I don't know when it will be released, but it shouldn't be too long now, probably around a couple weeks from now.

The reason there has not been any new updates for awhile is because I'm working hard on making a larger update with more features than the other updates I've been releasing so far. I've finished the following:

I'll push the update soon. I need to get Marionette/Puppet implemented, Foxy and Marionette/Puppet textured, their rooms textured (Pirate cove and Prize corner), and the mini-game finished. I'm aiming to release the update in a couple weeks from now, sometime around September 16th.

This will make the game in beta because it will be at feature parity with FNAF:Purgatory. Then I'll start working on Balloon boy, Spring trap, and Golden Freddy, along with adding new rooms and more story.

I cannot guarantee that I'll add any of them (though I'll try to add the ones I like and/or think are feasible), but I'd love to hear what you guys think regardless! Let me know in the comments below!

See you in a few weeks with a new update! (assuming everything goes to plan, and there are no unexpected delays)

(PS: I'm going to be entering a game by it's cover jam! Hopefully I'll have a cool game to show off to you guys, or at least something to show. Hopefully I can both make a game, and release the update in the same timespan!)