These past couple weeks have been a little slow for me in terms of the time I've been able to put into FNAF:Purgatory 2. That said, I have some progress to share! 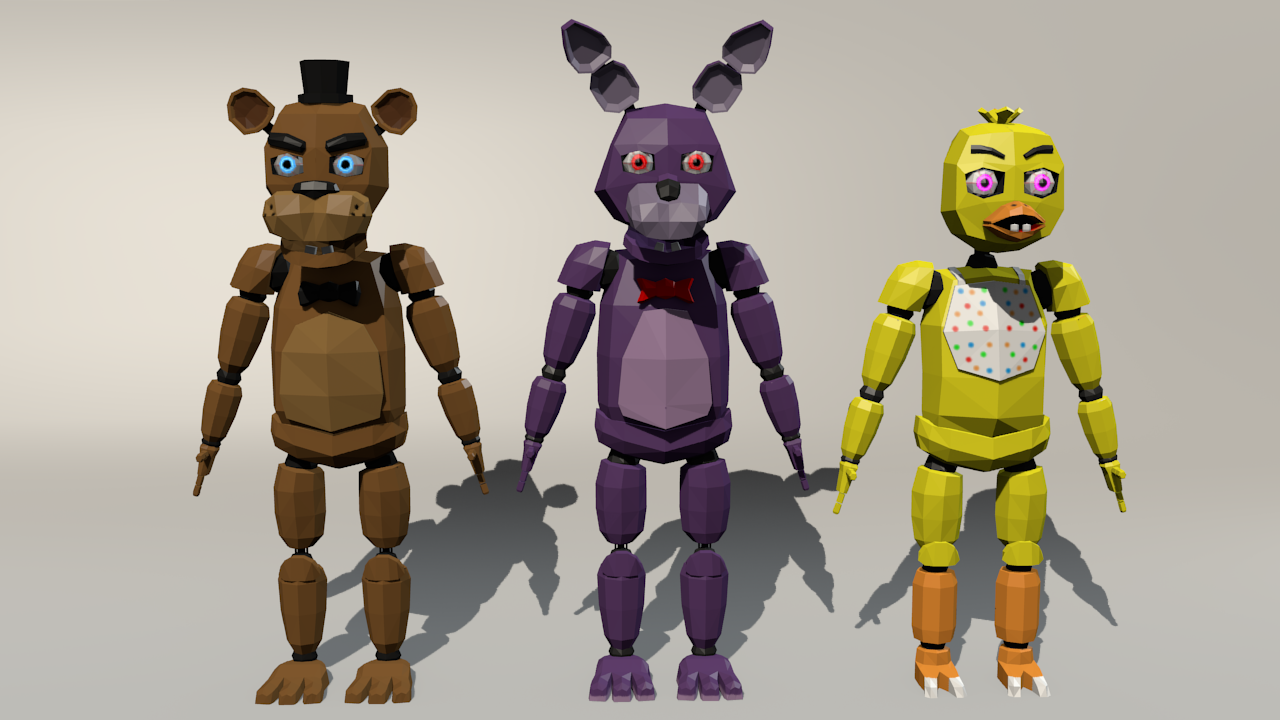 (If you are wondering why they only have two teeth and one finger per hand, it's because they're modeled using a mirror modifier. In an effort to save texture space anything that is copied around, like the teeth and fingers, will actually use the same UV layout. This means we have more space for more important things like the eyes!) 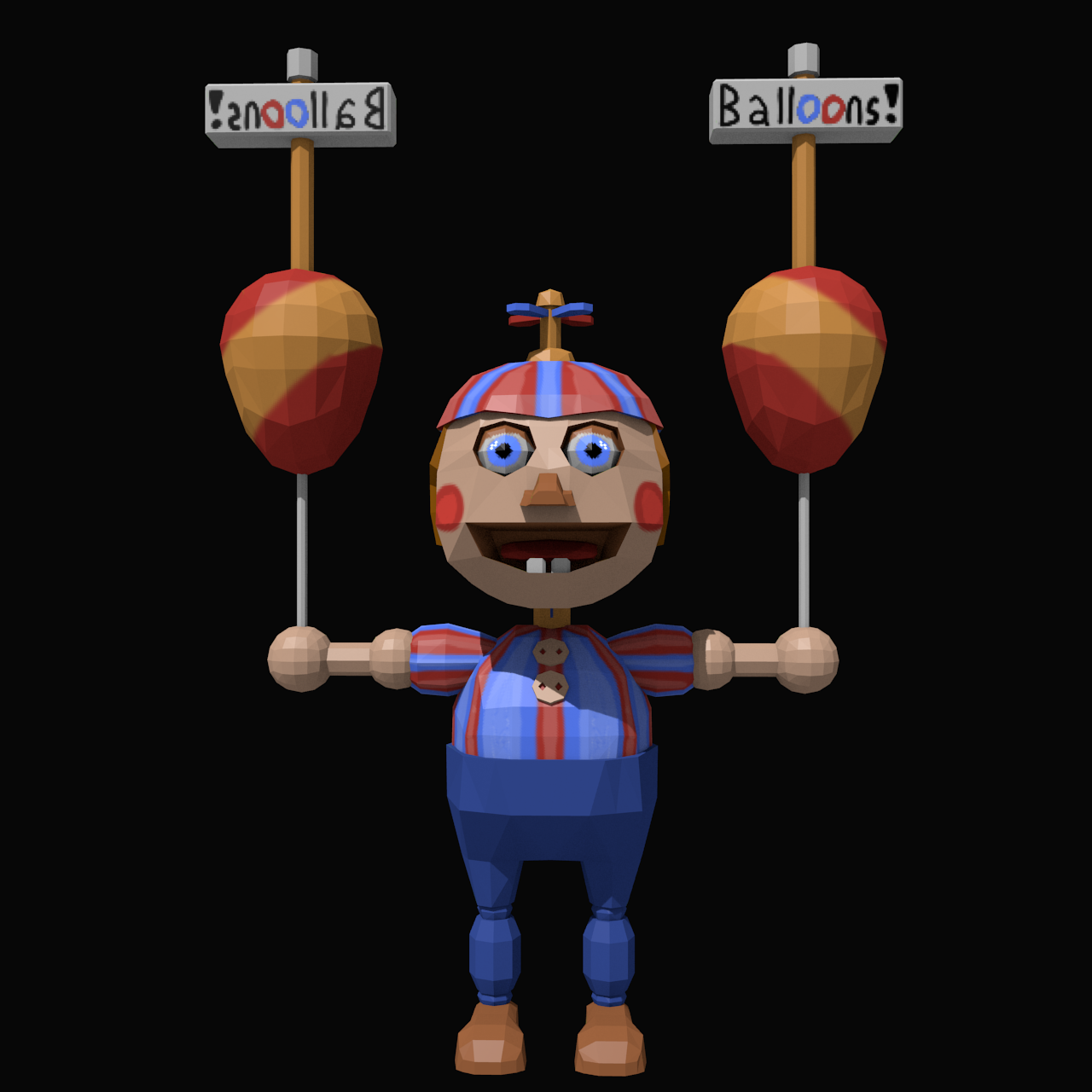 (As with the others, a mirror modifier is used. The final models will have the correct amount of fingers/teeth/balloons/signs/etc)

The final bit of progress is an IK (Inverse kinematics) system I've been working on for Godot. You can see the progress I've made here and here, though currently the system is farther along then either of those videos. While I've been developing the system for an FPS tutorial, I may also use the IK system in FNAF:Purgatory 2 as well.

Currently I do not have anything to show of the actual game in Godot. Godot 3 RC3 came out a little while ago, so Godot 3 stable should be coming soon. When Godot 3 stable is out, I'll start working on getting everything going in Godot.

Next devlog I hope to have more of the animatronics finished, and maybe some rooms too. Getting my new asset creation setup all streamlined is taking a little longer than I thought, but now that I've gotten it all more or less setup I should be able to make more assets for the game.

That's all for now! See you again in a couple weeks!

(If you have any questions, comments, or suggestions, please let me know in the comments below! You can also follow my twitter to see the occasional progress tweet.)