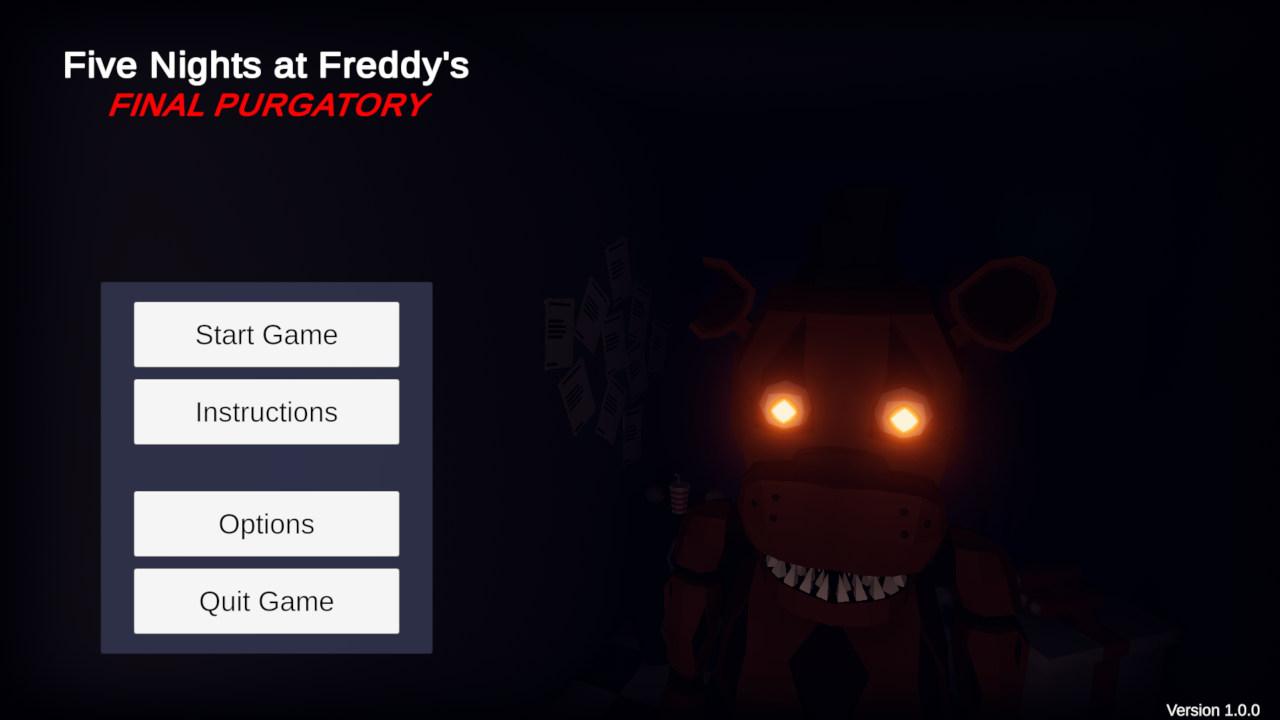 I just released version 1.0.0, which has the following changes:

I am happy with how FNAF:Final Purgatory has turned out and I feel that everything I set out to accomplish when I started this remake has been done.

Initially I set out to make FNAF:Final Purgatory to relearn Unity and now I feel that not only did I relearn Unity, but this version has grown into something even better than the previous versions combined!

Because of all this, I feel now is the perfect time to consider the game to be at version 1.0.0. Right now FNAF:Final Purgatory is everything I set out to create and more.

However, with school, work, and other projects, time has become increasingly limited. With the game reaching it's full release, I think it is time to move on to new and exciting projects, leaving FNAF:Final Purgatory where it is for now.

If you want to see what I'm working on in the future, please consider following me on Itch.IO, Gamejolt, and/or Twitter. I'll probably post the most on Twitter, so if you want the most up to date look at what I'm working on, that would probably be the best place to look. You can also find my site, RandomMomentania.com, where I post game development tutorials and more.

This has been a really amazing journey in game development. Thanks to everyone who has played the game and continues to play the game! You guys are great!

Thanks for your support!

Due to the shocking number of websites that have scraped the game and are redistributing the game illegally, I have updated the notice that shows when starting the game to inform the player that the game is ONLY available on Itch.IO and Gamejolt.