Use enhanced IK solvers in the Godot game engine!

This plugin gives the Godot game engine new and enhanced Inverse Kinematics, or IK, capabilities that can breath life into your games.

If you have ever wanted to add procedural animation to your project, use rigidbody physics with skeletons, have a way to animate 3D skeletons directly in the Godot editor, or use 2D IK in real-time, then this plugin is for you!

Note: The plugin is still in development! Features, API, documentation and examples are still being worked on! The plugin is stable and usable currently, but things may change a bit as updates come out.

Here are some of the highlight features of this plugin.

You can find a more detailed, complete list of features and contents here on this forum post.

What is the difference between the free/demo and paid version?

Functionally, nothing is different between the two. Currently all the same code, functionality, and more are the same between versions. The difference is in usage. The free/demo version cannot be used for commercial games! If the project is commercial or otherwise makes money, you need to buy the paid version to use it.

The paid version can be used commercially though. This allows me to give great IK to all Godot developers, while also helping support the time, energy, and effort has gone, and goes into, the plugin.

Also, this is worth noting here: You cannot redistribute the plugin, including in public repositories. The only place Twisted IK 2 can be downloaded from is on certified redistributors, currently only here on Itch.IO at the moment.

You can read more about all this in the FAQ and EULA.

Hi! I'm Noah Beard, though I generally go by the username TwistedTwigleg. I am a professional Godot game developer that has been using Godot for over 4 years and the founder of RandomMomentania. I have released many tutorials and games with Godot, several of them here on Itch.IO. I also own and help administrate the Godot Community Forums, where I have helped numerous Godot users.

This plugin is heavily based on the IK work I did for the Google Summer of Code 2020 (GSoC) with many new additions and adjustments to make the system even more powerful and flexible. I started working on IK in Godot way back in January 2018 and this plugin is taking all of the experience I have learned about IK in Godot then and packaging it into a plugin bursting with possibilities.

If you have any questions or concerns, I'd highly recommend checking out the FAQ. You can also always get in touch on the Itch.IO posts below, on Twitter, or on the Godot Community Forums.

Thanks for your support!

In order to download this Godot plugin you must purchase it at or above the minimum price of $20 USD. You will get access to the following files: 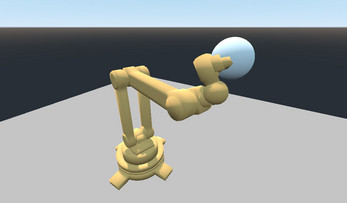 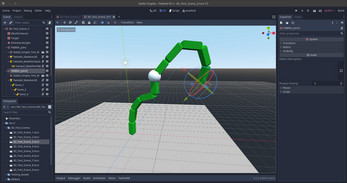 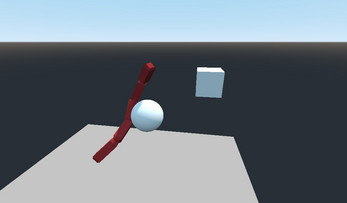 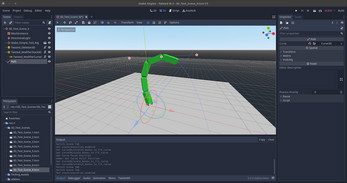 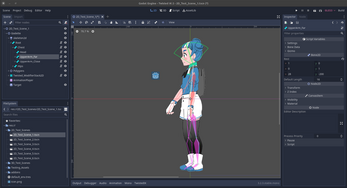