Dreams of Fire is a simple puzzle game with a twist: There is 2D world and a 3D world! Both worlds effect each other, and must be used to get through the puzzles. Can you make it through all 10 levels?

Dreams of Fire was made for Godot Community Jam 2018! You can find the other entries to the jam here!

The source code for Dreams of Fire can be found here on Github.

I did not create the following assets:

The rest of the assets were created by me (TwistedTwigleg) and can be found on the Github repository.

I have only tested the Windows exports. If there is any issues/bugs please let me know in the comments below!

I can't download anything because my computer is sooo slow, so I can't play alot of your games.

Which for me is sad, because all of your games look awesome!

Hey! Played a bit of this on my channel!

This was a really neat game! The puzzle interaction between the 2D world and the 3D world was simple, but well designed. The two music tracks for both worlds fits really well for their respective worlds. The 3D world character kinda freaked me out at first but it's rather charming after a bit, haha.

I think the controls could be improved a little. One button (instead of two) to restart the level away from the other keys for jump and dash would be really nice, as I ended up accidently restarting the level just as I was about to complete it. There's also a bug in the 2D world where the character will get stuck in the ground if trying to jump and dash at the same time, forcing the player to restart the level. The 3D camera angles and lightning need some fixing as well.

Otherwise, it's a really short and simple puzzle game! I enjoyed my time with it! I also happen to make a video with my experiences! Keep up the great work!

Thanks NLAigis! I really enjoyed watching the video!

I am not sure on what is causing the 2D character getting stuck, but I will look into it!

As for the 3D lighting, I'm not sure what is causing the problem. The light used is a directional light (Godot's version of lights like the sun) attached to the scene, not the player. However, it very much looks like it is attached to the player on your video. Do you mind sharing which OS you were using to record the video? I developed the game on Windows 10 64 bit, but maybe I missed something... Regardless, I'll look into it!

Ok, thanks! I’ll look into it and see if I can fix the issue!

(And I will be making a bug fix changing the controls soon!)

Good Job! This is really a good idea for a puzzle game. I find also the connection between the characters cute :D (something cold dreaming of something hot)

I thought the connection was cute too! It was nice to work on a more cute themed game, since most of the time I tend to make more serious, dystopian themed games.

This is well done. Controls took getting use to at first. I didn't yet play through all 10 levels but the first few minutes was great.

I had plans to include configurable controls, but alas there was not time.

Edit: Not sure why it cut off the reply. Sorry about that! And thanks again! 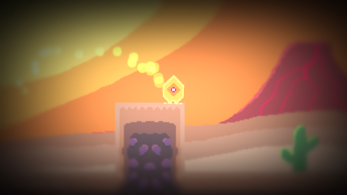 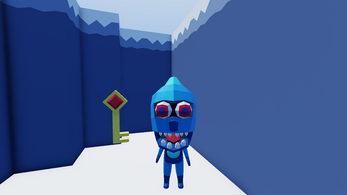 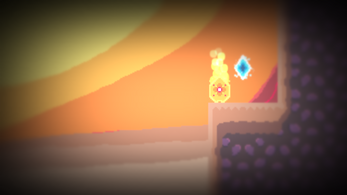